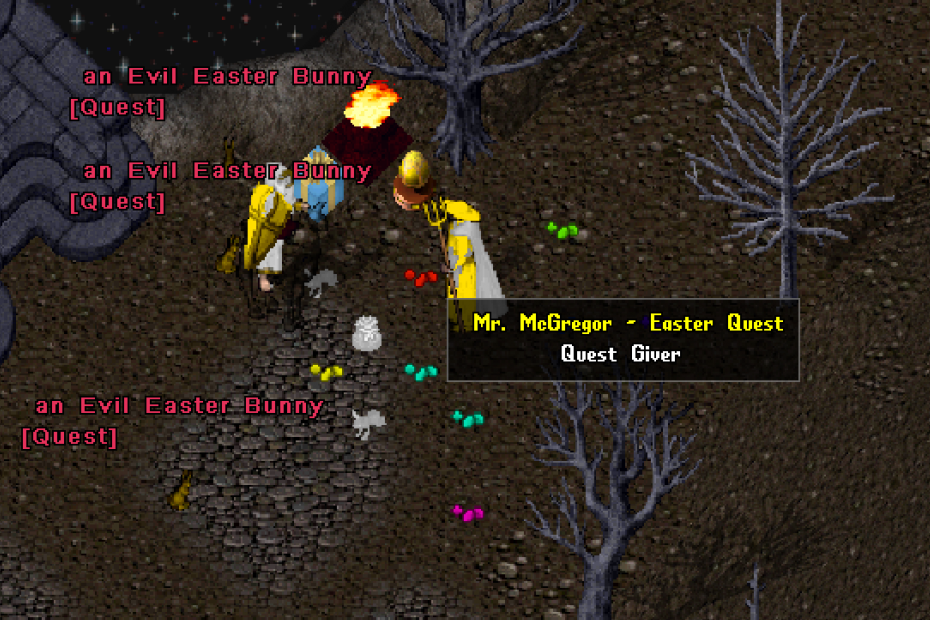 NEW – Easter quest added to Umbra. Quest rewards a bag with some decoration / consumable buff chocolate rabbit. This quest will be left open for the rest of April and then removed and replaced next year with different decoration / reward.

Rifts have been appearing across Britannia…

There are 4 rifts, their locations are announced when they are activated by players checking their spawns they will activate after every 24 hours in 3 felucca locations. These locations maybe be changed in the future.

This is to cater to the majority of our playerbase and to reduce server running costs. This new server is much more manageable, has a better connection, and is easier for staff to access to perform updates.

Power hour text interface now correctly displays the bonus that will be applied when using it.

Power hour lasts for up to 1 hour and has a 23h cooldown which is resetable via a power hour reset token. These tokens will be added to the UoStore for sale soon!

We have more content updates, improvements planned and will be releasing these details as we head into next month so stay tuned for May news update!