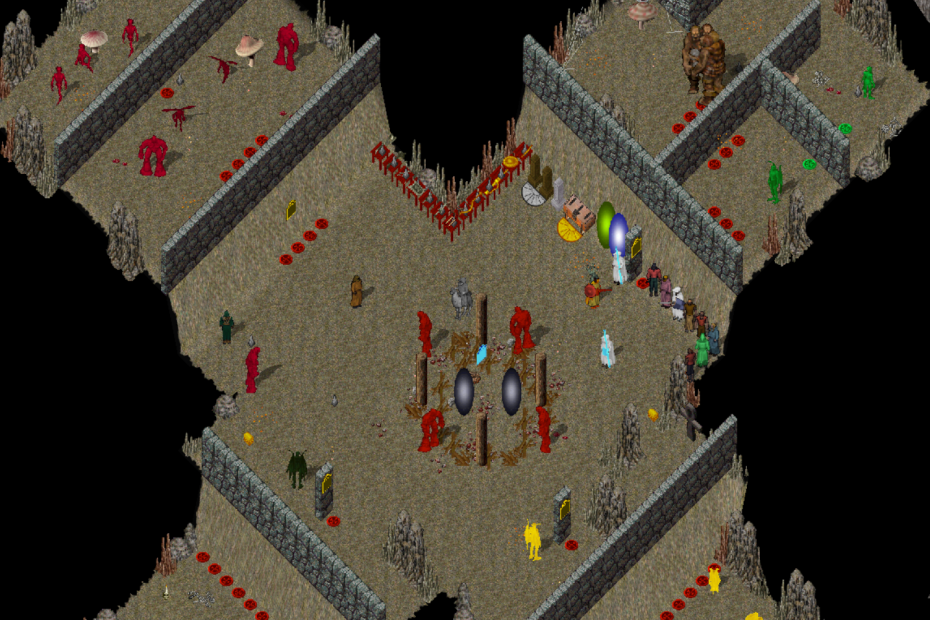 NEW monthly point based system added to shard players compete against other players and the top three for the month will earn a 30 day reward with decent stats and bragging rights!

Aj has revamped some of the new player dungeon added a few more monsters but also make some of the spawn slightly easier on the more difficult path in the dungeon. A healer has been added outside of the dungeon and some resurrection gates have been added as well.

Improved layout of the training elementals room and re coloured the area to look more in keeping with the rest of it. Added more NPC’s for training skills for new players and added 2 training drakes next to each other to train easier.

Donation Kudos will be delivered in a bag in the form of scrolls which can be double clicked and added to your UOStore balance. Any issues please contact staff in game or via discord.

This is a game changer of a system which enables all donations to be delivered instantly without having to wait for staff and frees up time for staff to work on improving game content.

What is Kudos? It’s a game reward to say thank you for being active it is automatically added to your UOStore account every 5 minutes of game time and can be exchanged for donation items.

In addition to this you can [vote to earn 12 Kudos per vote currently we have nine vote sites which we will increase in the future.

The new vote gump will pop up automatically when you log into game and when you are due to vote again or use [vote to manually access it.

With this new system players can earn Kudos by actively playing the game and voting. We feel this is a much fairer donation system that will benefit active players and create a more balanced gameplay experience with players.

Now you can donate from as little as $1 to earn 1,000 kudos to top up your UOStore account.

The soul beetle is a new custom beetle that has an ethereal hue and is different to the standard beetle. It can be gained by seeking out Jin the Eptimologist who can be located in town in Ter Mur.

Jin has a quest for you to slay some normal beetles, rune beetles and a fire beetle in order to create a compound to attract the beetle. BUT there’s a catch the compound decays in 7 days and the quest is only repeatable after 10 days. So there is a cool down few days and also the beetle spawns only when a player is carrying the compound in the correct place every 12-24 hours when the beetle is ready if you have the quest item it will be attracted to it!

Why is the Soul Beetle tricky to obtain? Because it’s a portable imbuing forge and can be used in the same way a standard imbuing forge.

Why? Because everyone can see reported bugs, everyone can contribute to reporting them, and it allows staff to set priority levels to manage player expectations, also it enables staff to proactively monitor bugs and update players.

One of our staff helped to improve the XML spawner increasing functionality and gameplay. E.g NEW quest mechanics and stealables.