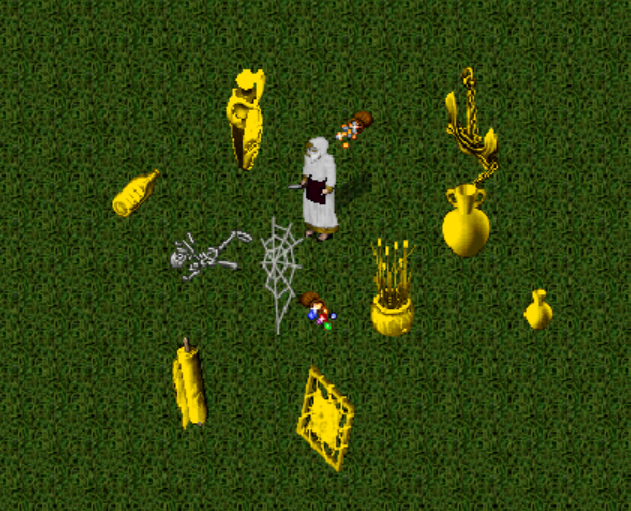 We have finally (after much effort from Aj) finished the new custom map which is only accessible via the Stella Porta System!

Following player feedback we have determined that we should try to further support players to understand how to use the Stella Porta System!

Khepri – Guardian of the Stella Porta has been added to Luna and will in time be added to all other Stella Portas (Teleporter to custom maps). Khepri guides players on traveling through it. Simply stand near him for instructions and guidance on using the Stella Porta.

While I’m writing this I’ve thought I’ll add a guide on the forums how to use the system. I’ve written down a reminder note to do it so watch out for this in the near future! I’ll post the link here and in forums.

The 7 day armor suits that all new players get when they create a character can now also be purchased for a fee of 15k for Gargoyles (5 piece) or 20k for an Elf or Human (7 piece) via the corresponding 7 day armor vendor stones in the Training Elemental area.

After around 3 months of work the map is now totally finished for the new custom area which is only accessible via the Stella Porta teleportation system.

The newest area has different levels of difficulty on various floors including new quests, new unique monsters, new stealables and areas to explore! As well as a new champion spawn.

You can download the maps on the link found in our Connect page.

We will in time add all the new monsters details and quests to the website now we have more time after finishing the maps!